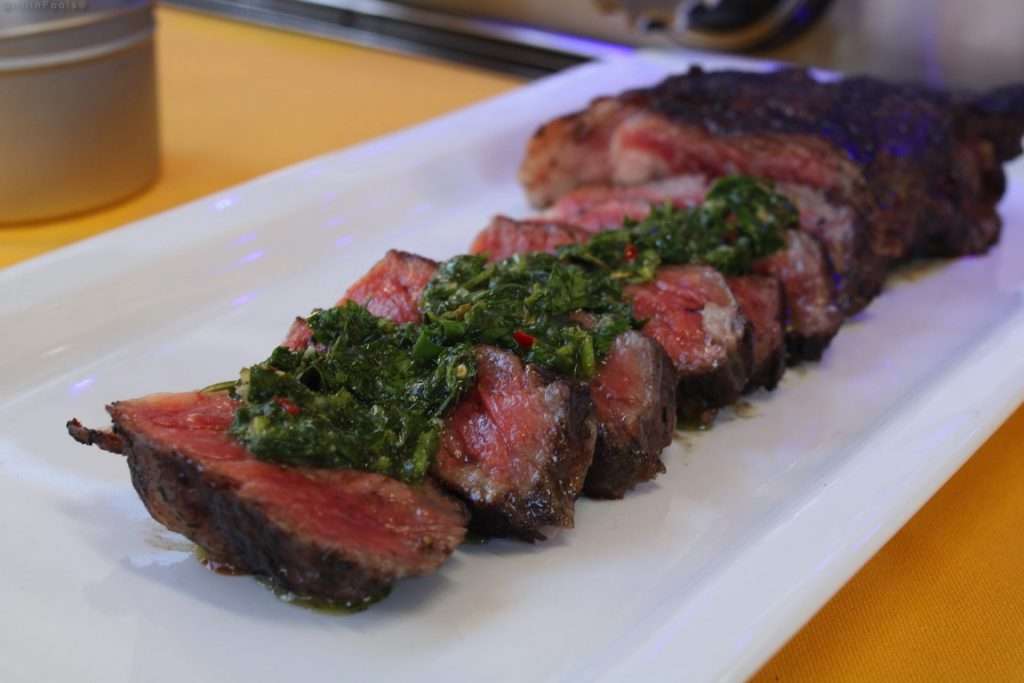 We’ve addressed chimichurri sauce in the past, but that steak I marinated and basted with chili and cinnamon. Not everyone wants chilis or cinnamon near their steak, so I decided to revisit this steak with chimichurri recipe. And again, if we put the adjective after the noun in the title of the recipe, it sounds like something amazing, and in this case it is. Just say it. Steak Chimichurri. It sounds so much better than steak covered with chimichurri. We cooked a number of recipes the day we shot these pictures, and I kept returning to the steaks and the chimichurri sauce. Is there a better finger food? You be the judge:

First up, find some beautifully marbled steaks. This is my favorite steak, a New York strip steak. I know a lot of rib eye folks are thinking, “Blasphemy,” but hang with me. I like rare steaks. I need a thicker steak so I can get a nice flavor crust on each side and not overcook the inside. A lot of times, a thick enough rib eye for that covers the entire plate, but a thick enough NY strip is a much smaller portion. I know we all want to thump our chests and talk about the copious amounts of food and drink we can pound, but the older I get, the more I have to think about moderation or suffer the consequences later. So give me a well marbled New York strip steak, and mind your business on what I like :-). That being said, use whatever you like for this steak with chimichurri recipe whether the high end strip, rib eye or even filet to skirt, hanger and flank. Feel free to marinate your steaks in chimi. You can thank me later

Let’s crank up the grill to north of 500F degrees and season our steaks with some salt and pepper:

What is chimichurri made of?

For the most part, chimichurri is fresh herbs, red wine vinegar, garlic, olive oil, and maybe a little red pepper flake. The herbs vary but are usually parsley with oregano or cilantro (or both) often used in concert with the parsley. Most of the time red wine vinegar is used but it is not an absolute necessity that it be that variety of vinegar.

What is the flavor of chimichurri?

Chimi is a condiment that has a heavy herbal flavor with strong garlic notes and a lovely tangy kick from the vinegar. This is wonderfully refreshing. S thick steak slathered with chimichurri is about as close to a salad as we at GrillinFools.com ever get other than our grilled romaine!

How to make Chimichurri

While the steaks come up to room temp and the grill cranks up to north of 500F, let’s make up some fresh chimichurri sauce. This is easy. Combine everything else but the olive oil in a food processor. Pulse the processor while drizzling in the red wine vinegar and olive oil:

How to grill Steak Chimichurri

Set that aside and let’s put some grill marks on our steaks. My gasser will do the trick here:

Now for me, all I need is a good sear on each side and my steak is done. I don’t mind if I have to stab it again to make sure it’s dead. But some of you would like it a little more done. Easy, peasy, lemon squeazy. Put the steaks up on this upper rack and close the lid to let them bake to medium rare or beyond:

Time to plate our chimichurri steaks

Once the steaks are at the desired doneness, remove from the heat and let rest for about 5 minutes. Then slice and spoon the fresh chimichurri sauce over the steaks:

That’s it. Hand everyone forks:

OOOORRRRRR, simply give them napkins and tell them to get their hands dirty: 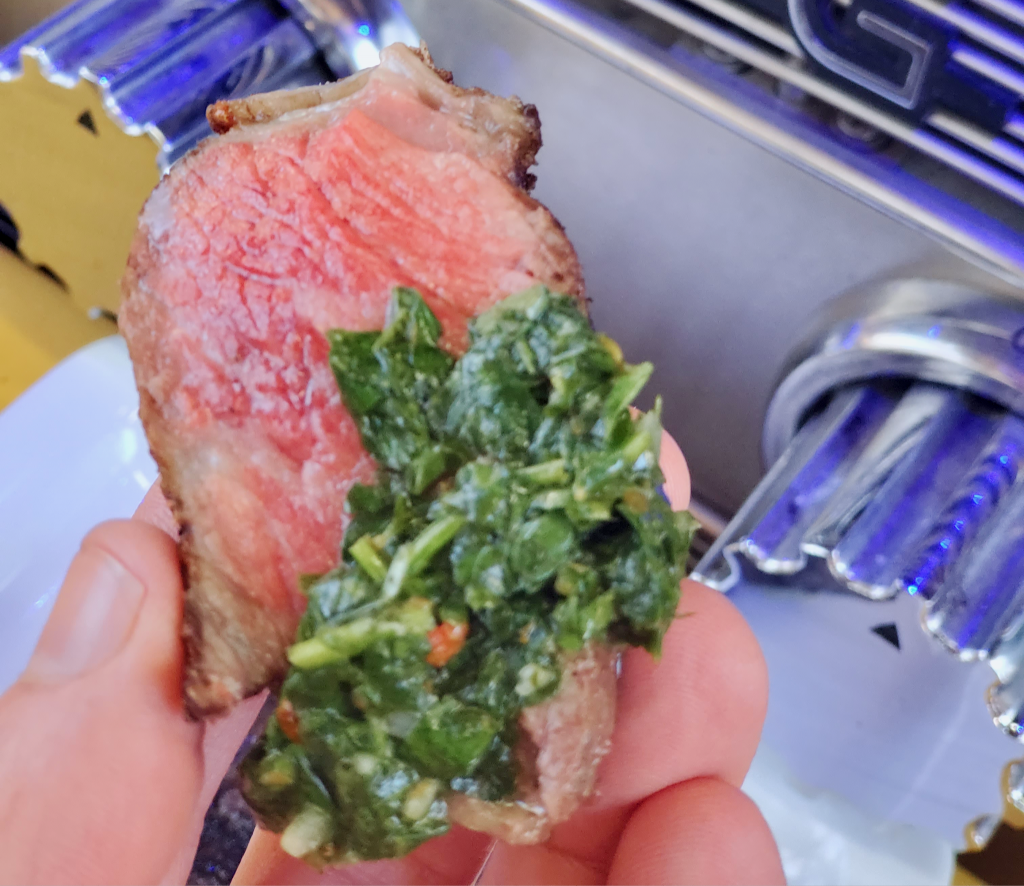 The vinegar, herbs, garlic, and red pepper flakes for that little bit of heat in our fresh chimichurri sauce meld sooooo well with the umami of the steaks. I must say that chimichurri is on my Mount Rushmore of top steak toppers/sauces/dippers/whatevs. The fact that this simple steak with chimichurri recipe is sooooo addictive shows how amazing the chimichurri sauce is.

How long does chimichurri last in fridge?

Feel free to make extra chimi and store it in the fridge for 2-3 weeks. The oil might congeal in the fridge, so 20 seconds in the microwave might be in order when it’s time to top another steak.

If you need other grilled steak recipes click here.

If you have any questions or comments about this steak or the chimichurri sauce, feel free to leave them below or shoot me an email. 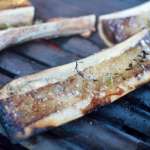 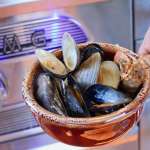