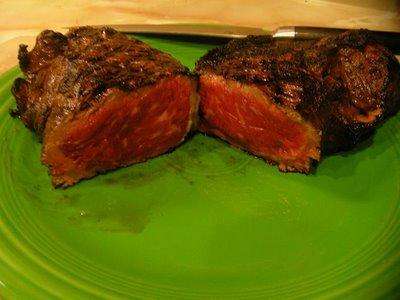 That hunk of beef may still be mooing. This is for all you folks out there that order a steak with the hooves and horns knocked off and warmed up a bit. This is one of those glorious steaks…

What a glorious piece of ribeye: 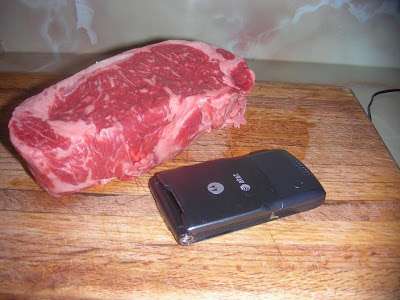 A picture from that side doesn’t really do the steak justice in terms of thickness, even with my old Razr in there for perspective. The shot above shows the nice marbling but doesn’t really give this steak it’s due. This one does a better job: 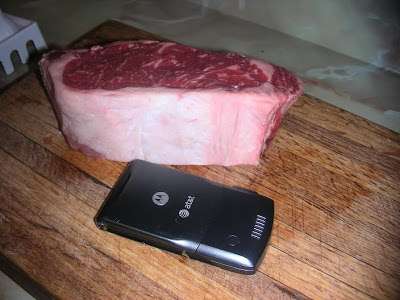 I’m almost embarrassed by that phone. Sure, it was the most popular selling phone by a long shot at the time, and many, many of you had one too, but I’m still a little embarrassed considering what my current smart phone can do.

Take some dried peppers, put them in an oil bottle, add oil, put someplace dark, in a couple of months you have a nice spicy oil. Sadly the oil had little impact on the flavor of the steak. Just decided to try something new. Sometimes when you take a swing you hit a homerun. Sometimes you hit a single. Sometimes you swing and miss. No big deal. This was more like a walk.

So why didn’t I just leave the pepper oil out?  Because we show our mistakes here.  We show when we screw something up or, in this case, try something that has no effect, so that you don’t make the same mistake or waste pepper oil it took you 2 months to make.

The steak is ready for the fridge and an all night soak in that marinade: 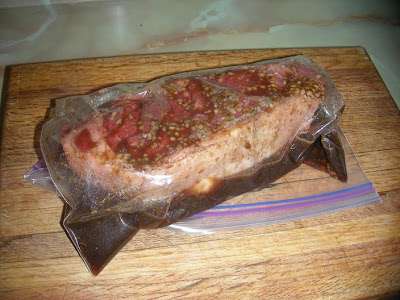 The next day I pulled it out of the fridge, rinsed off the marinade, let it come up to room temp and then added some coarse salt and black pepper: 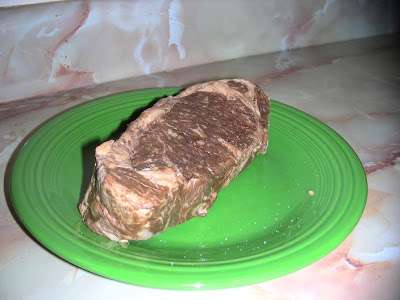 While my coals were heating up outside I got a proper beverage to enjoy with the meal. 91 point wine for $12 is a great deal as this bottle was really good: 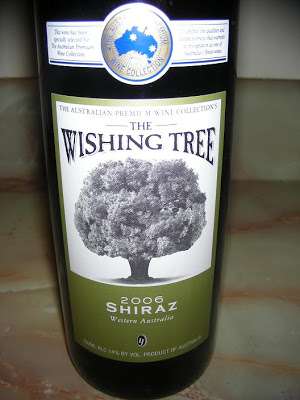 >BTW, for those of you wondering where I got the name GrillinFool, well maybe because on a Tuesday night in January, I was outside grilling when the temp was this (not to mention windchill and it was pretty windy): 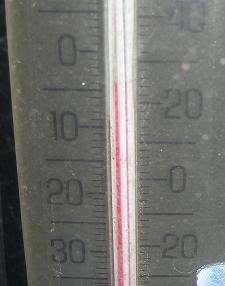 As for the grilling process, here is a video of the process. Considering how dark my videos have been in the past I decided to try to do something about it. I got all kinds of fancy by holding a mag light under my arm, filming, and cooking all at the same time. The mag light lighting method is not the best method. I need to come up with something else for this. Maybe a portable shop light.

Here is the steak brought in to rest. Nice cross hatch: 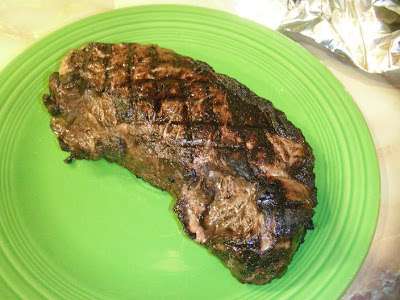 I foiled the steak for about 5 minutes to let the exited juices slow down and redistribute throughout the meat, or rest as it’s called: 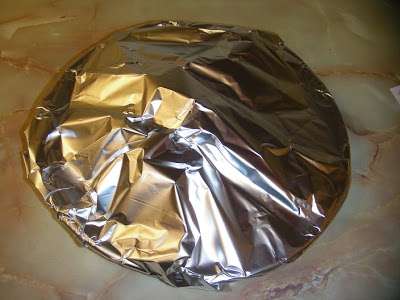 If you don’t like rare steaks you might not want to scroll down. This is the rarest steak I have put on this site. We’re talking knock the hooves and the horns off and and walk it near the grill and serve: 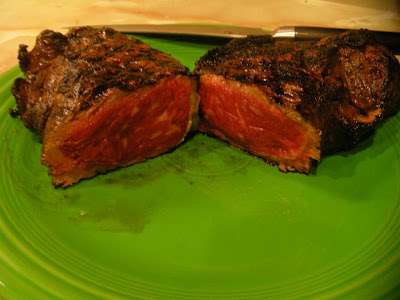 If you have any questions feel free to leave a comment below or email me. 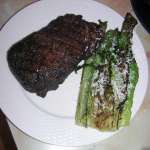 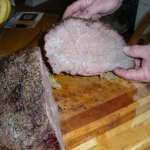 Roast Beef on the Grill? 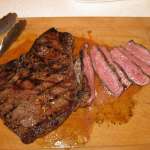 Beautiful piece of meat and just the temperature I like. Looks like I’ve decided what’s going on the grill this weekend.

Now that is the thickness you need to cook a REALLY good steak.
Beautiful!!!

Jst wondered how long you let it go on the cool side of the grill. I always eat it mooing and like to let the juices get goin by indirect heat. How long for 1″ to 1″ 1/2? Love the site. Keep up the good work!

If you want it mooing, then sear it, and serve. If it’s uber thick, like more than 1.5 inches, then you still might want to bake it on the side with no heat for a couple minutes at least…