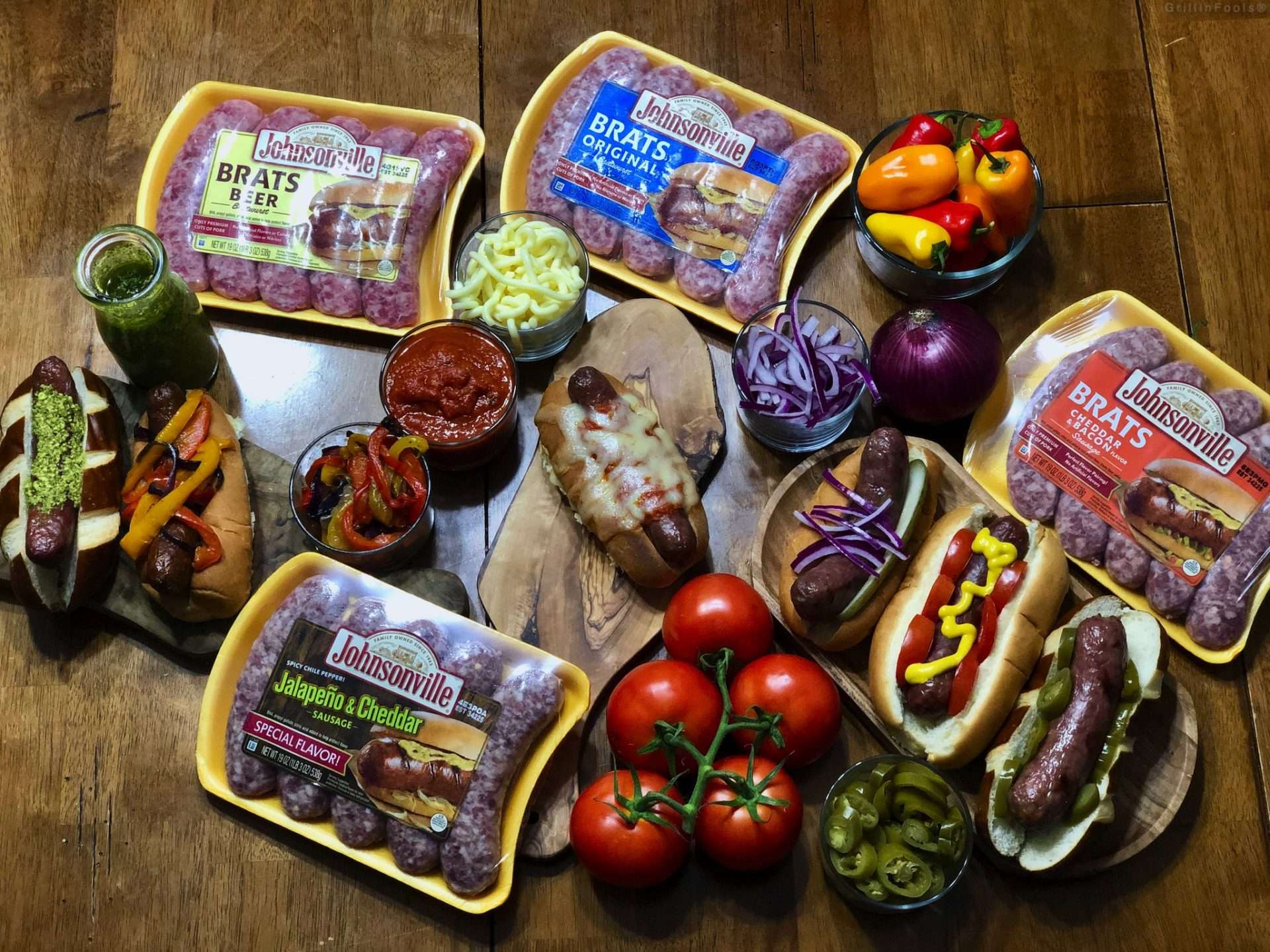 Bratsgiving is right around the corner. What is Bratsgiving, you ask? August 16th is National Bratwurst Day which has been dubbed Bratsgiving Day. Think about it. May has Memorial Day and Mothers Day, June has Father’s Day, July has 4th of July and September has Labor Day, all of which are huge grilling/BBQ cookout days, but what about August. It’s high time we have a grilling holiday in August. Bratsgiving is timed perfectly to fill in that nearly two month gap between 4th of July and Labor Day.   So not only is it another reason to invite friends over and enjoy some time around the grill, but with 12 days of Bratsgiving, which lead up to Bratsgiving Day, it is almost a full season of reveling in the iconic bratwurst. Let me help with some possibilities for your Bratsgiving festivities. I’m going with a bratwurst bar as well as a featured brat that was inspired by the city I live in, St. Louis.

You can learn more about Bratsgiving, get some recipe inspiration and vote on your favorite your favorite Midwest recipe. Voting ends on August 23rd at Midnight.

Let’s start off with cooking the brats:

There are two options here for most people, when it comes to grilling brats. Actually the vast majority of people cook brats one way. Hot and fast. I’m not one of those people. I prefer smoking bratwurst low and slow. Low and slow will keep the skins intact and impart some amazing smoke flavor. In fact, if done right, when finished the skins should have a distinct snap with every bite. Here are all those brats in the pic above along with some Italian sausage and a couple standard Johnsonville brats in my smoker which is set at 225:

After about an hour and 15 minutes the brats are firm and crisp and ready to eat:

While those brats are smoking, slice up the peppers and onions and put them in a pan with some oil: 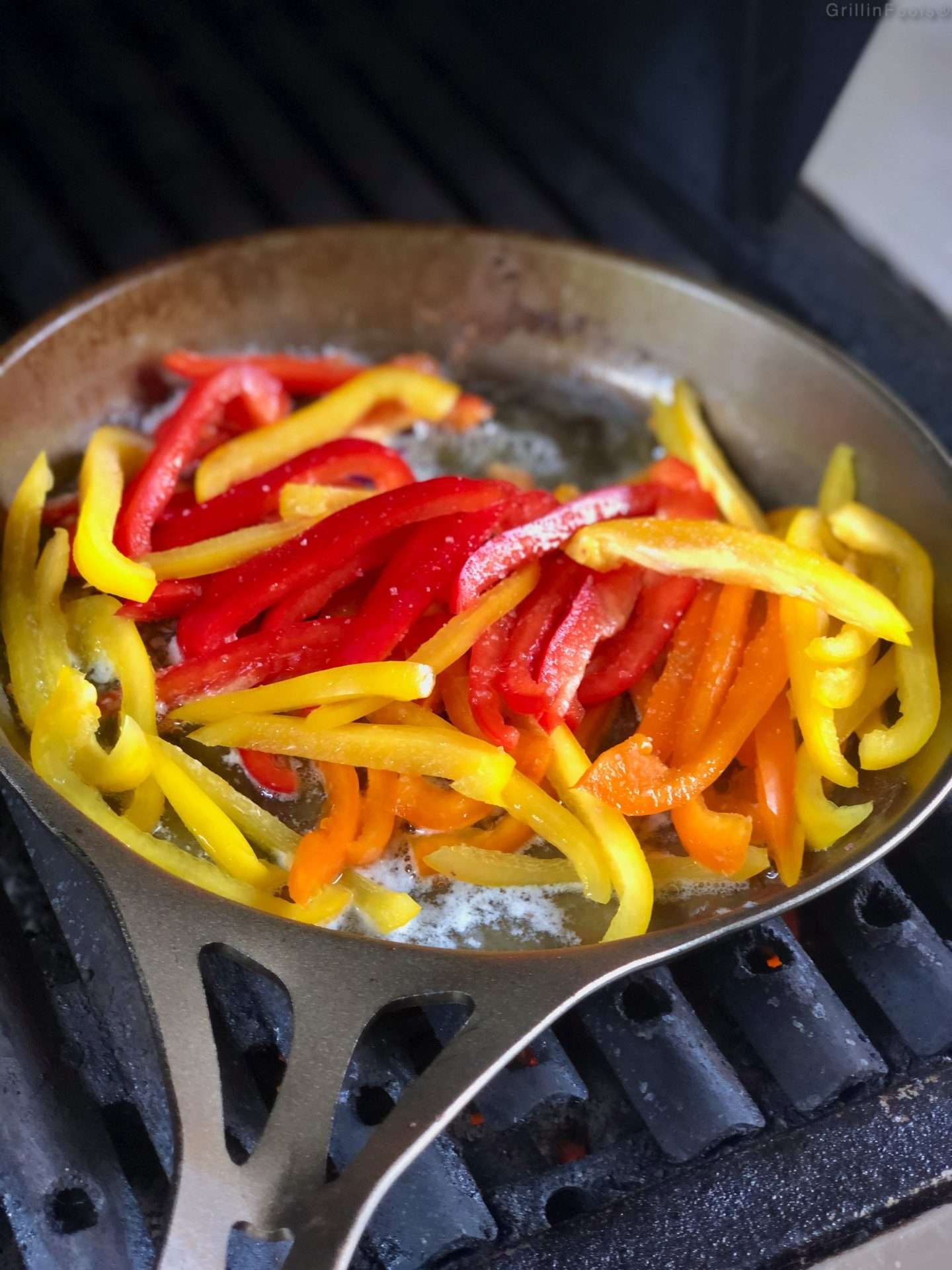 Set the sauteed peppers and onions on the bar with the other toppings.

For those that like the hot and fast method of grilling brats, may I suggest maxing out the temps at 400F. Once the temps get close to 500 and above, those skins rupture pretty quickly. The idea of the skins is not just to keep the meat but the liquid fat as well. Rupture them and that fat floods out which means that ticket to Flavortown just leaked all over the bottom of the grill. The grill marks won’t be as pronounced, but slightly lighter grill marks is a worthy trade off for intact skins:

Here we have smoked bratwursts next to some grilled ones:

Now that we have our Johnsonville brats ready to go, time to pick the buns and toppings. Start with the buns. Go with a variety of premium buns. A pretzel bun is a must as are Hawaiian buns as far as I’m concerned:

Mine spread is St. Louis themed

Now pick the toppings. I went with a St. Louis inspiration here for my feature bratwurst for Bratsgiving. St. Louis is the home of the largest brewer in the world. It is also home of wafer thin pizza topped with provel cheese. So I took a beer brat and topped it with marinara sauce and roped provel cheese to invent the Beer and Pizza Brat:

To take this to the next level, throw the Beer and Pizza Brat onto the smoker for a few minutes to melt the cheese:

This brat was very reminiscent of a meatball sub and I LOVE meatball subs. This was one of the best bratwurst I’ve ever had. That’s not hyperbole. It was an absolute home run. My dad helped me with this photo shoot and asked me if I would do it again. There is no doubt I’m doing this again. This very well may be my go to bratwurst from now on. Another sausage option here for this combo is the Italian Sausage:

Here are some other combos to make your Bratsgiving memorable and necessitate the loosening of the waistband just like on Thanksgiving before heading off to the recliner for a quick snooze. If I’m the only one that does this then please don’t judge. I’m only human:

But really, just go crazy with the toppings and let your guests decide which bratwurst/bun/toppings combo is the best for them this Bratsgiving Day:

Here are a couple other sausage recipes. Recipe #1 and recipe #2?

This post was sponsored by Johnsonville Bratwursts. Give those bacon cheddar brats a go. They were a hit during this shoot. 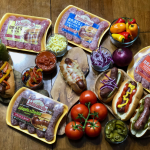 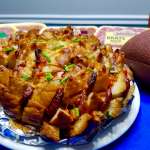 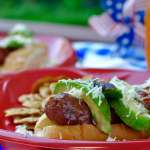 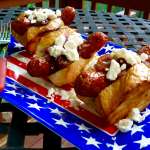 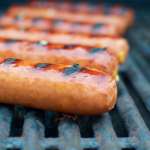