In 2021, I got to grill with Steven Raichlen on Project Fire which aired in the spring of 2022. The fourth season of Project Fire was filmed at Union Station here in St. Louis. For those that don’t know, St. Louis is not only a hot bed of amazing barbecue but also has a rich history of smoked succulence. Currently the BBQ scene here is insane. Pappy’s, Sugar Fire, Super Smokers, Beast Craft, Heavy Smoke (who won the Jack Daniels Invitational in 2022), Salt and Smoke as well as Duke’s.

The rich history of barbecue in St. Louis surrounds two cuts of meat. The first is the pork steak (invented/discovered in St. Louis)

The second cut of meat is the spare rib. No, we didn’t invent/discover the spare rib, but it seems trimming them to be symmetrical for even cooking started in my fair city as ribs trimmed that way are called St. Louis Style Ribs.

Despite being born and raised in St. Louis, and St. Louis being about as far from the coast as you can be for a major metropolitan center, Steven asked me for a specific type of recipe – seafood. I sent a number of options for the Project Fire team to choose from including those iconic St. Louis cuts of pork steaks and St. Louis style ribs, but they chose the last item I had on the list of options. Lobster tacos with bacon taco shells:

The episode I appeared in (Season 4, episode 4) featured two other fantastically talented individuals who have large online presences and two people I couldn’t be more proud to appear with as I’ve known both of them for many years. Susie Bulloch from Hey Grill, Hey. The other person was Derek Wolf from Over the Fire Cooking. I’ve been lucky enough to not only meet these two rockstars, I’ve gotten to work with them on various projects throughout the years. They are two of the most down to earth, helpful people you can meet in the world of barbecue.

The star of the show is Steven Raichlen, both figuratively and literally. Meeting Steven was high on my bucket list. The notion that I would actually cook with him on the show was not something that even crossed my mind, so when I got that call from the man himself. I was floored 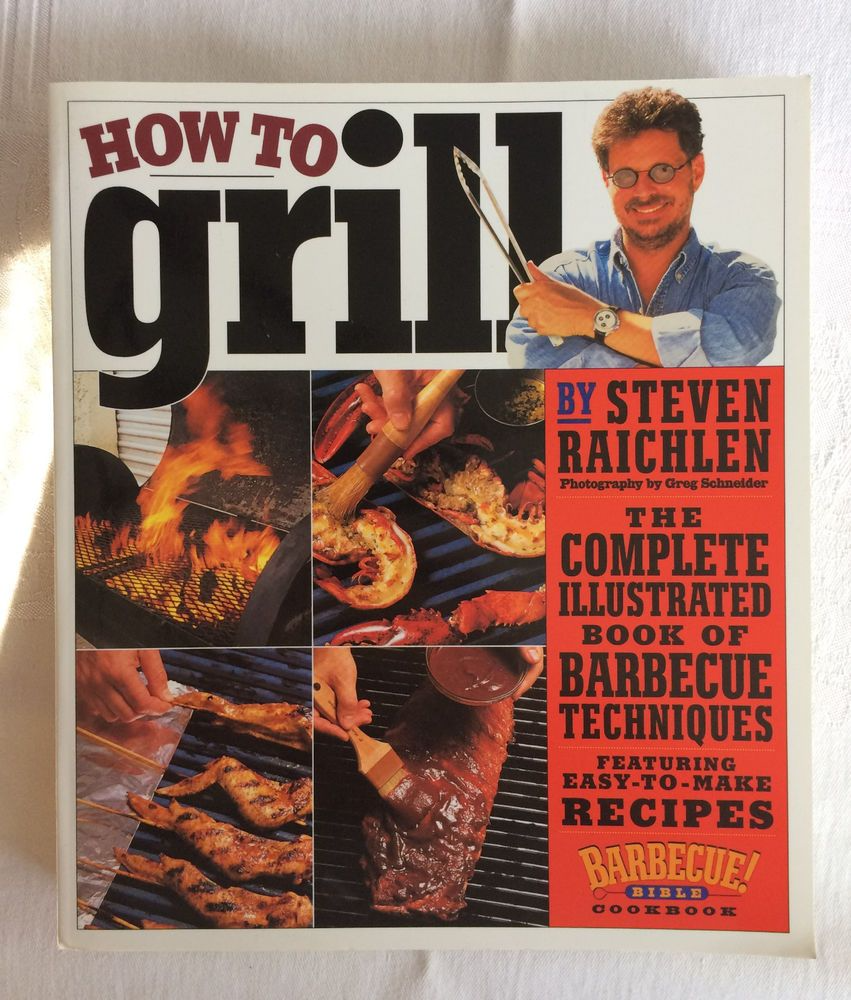 Most cookbooks have something like 300 recipes and a handful of them will have a plated shot of the final dish. How to Grill has maybe 100 recipes with pics of the entire process which is how we do it. Dad bought this book for himself and then bought me a copy and a few years later in 2008, GrillinFool.com was formed and the following January became GrillinFools.com.

So let’s get to the meat of the post here and see both Susie’s and Derek’s recipes as well as my lobster tacos with bacon taco shells.

I got to Grill with Steven Raichlen on Project Fire

I almost forgot, dad showed up to check out the shoot and brought his original copy of How to Grill which Steven was kind enough to sign:

And he posed for a picture, which checks off the original bucket list item:

But that bucket list item became so much more and I’m honored and humbled to check this off the list: 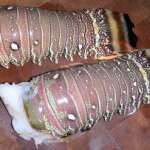 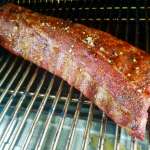 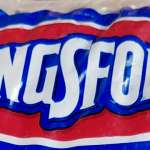 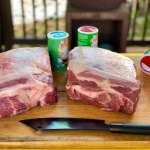