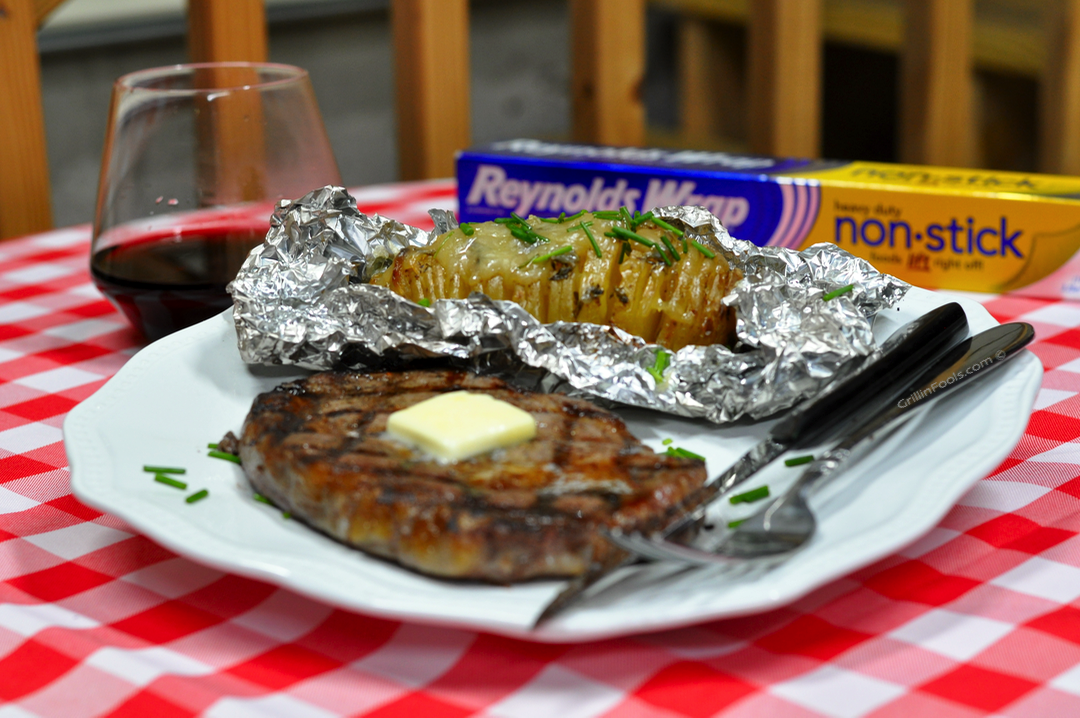 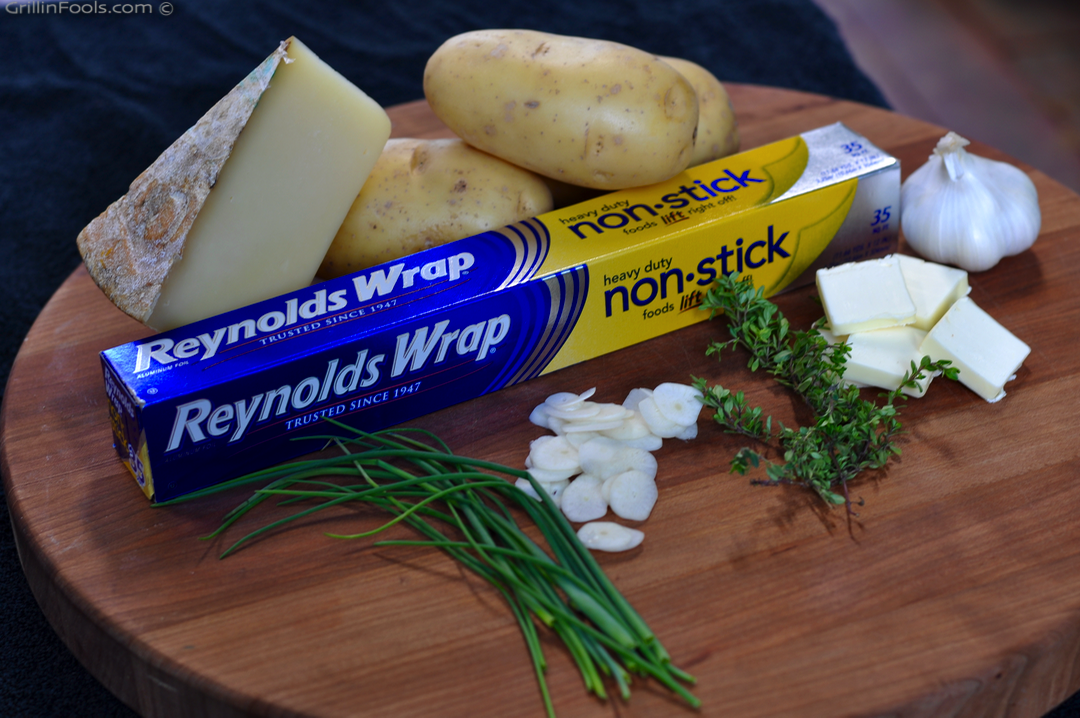 What is the hasselback technique?

The hasselback technique is to make many thin slices across a whole potato without slicing all the way through the bottom of the potato. Then, stuff various flavorizers between those slices such as butter, onion, garlic, herbs, olive oil, or a combination of those things.

One thing that will be needed for this recipe is a serving spoon, but not for serving. It’s for the prepping. The key to Hasselback Potatoes is slicing almost through to the bottom of the potato but not all the way through.

Here’s where the spoon comes in. Place the potato lengthwise in the spoon and then slice it. The sides of the spoon will stop the knife blade before it goes all the way through the spud: 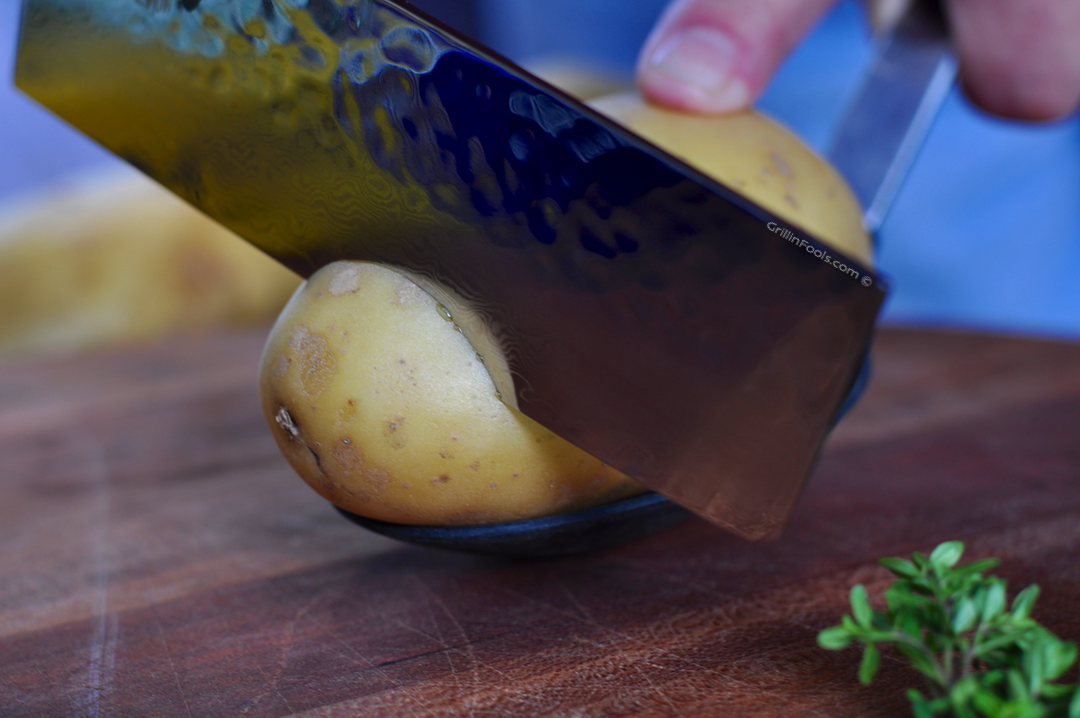 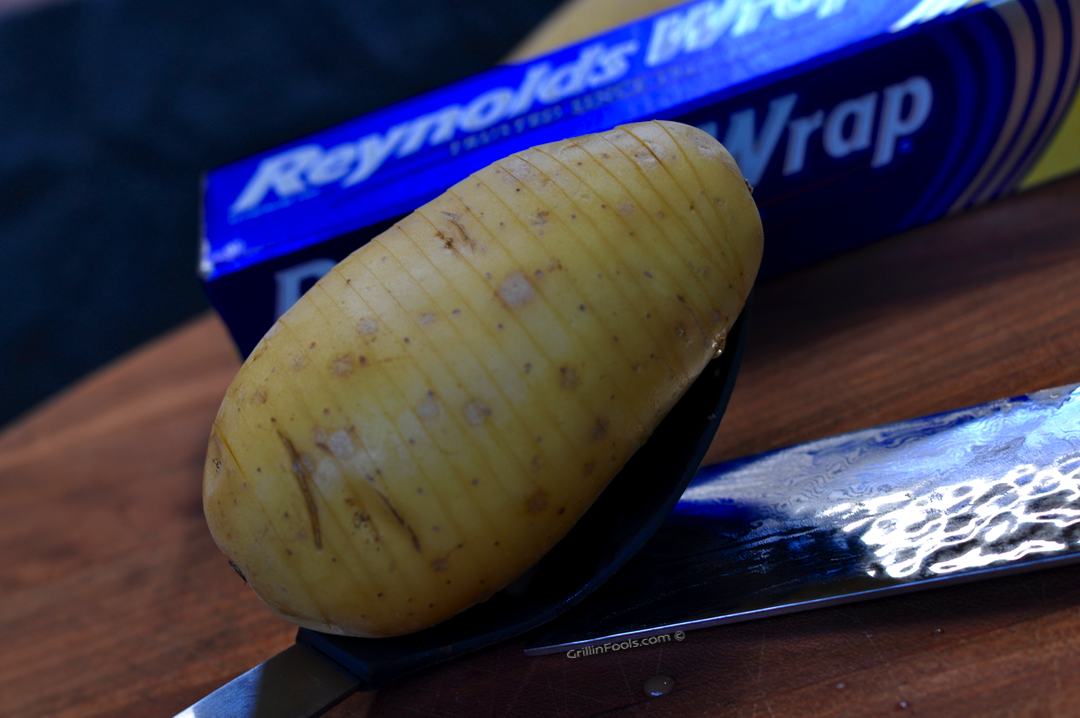 There is also this cool little device that really helps if you want to buy a dedicated hasselback potato slicing rack: 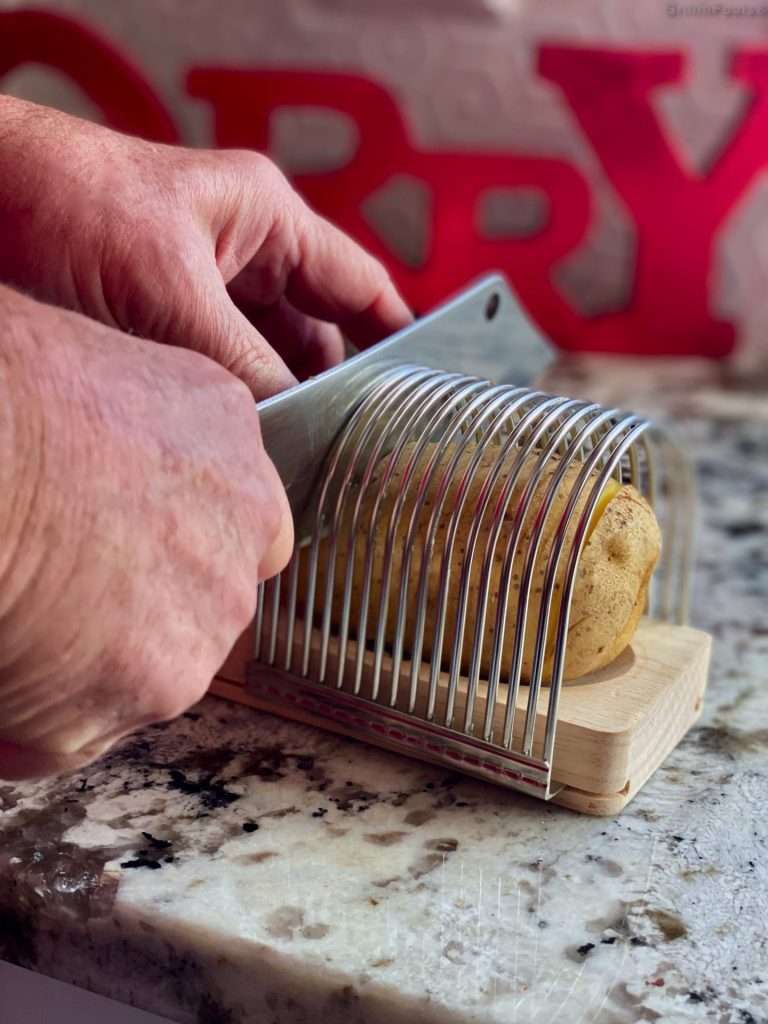 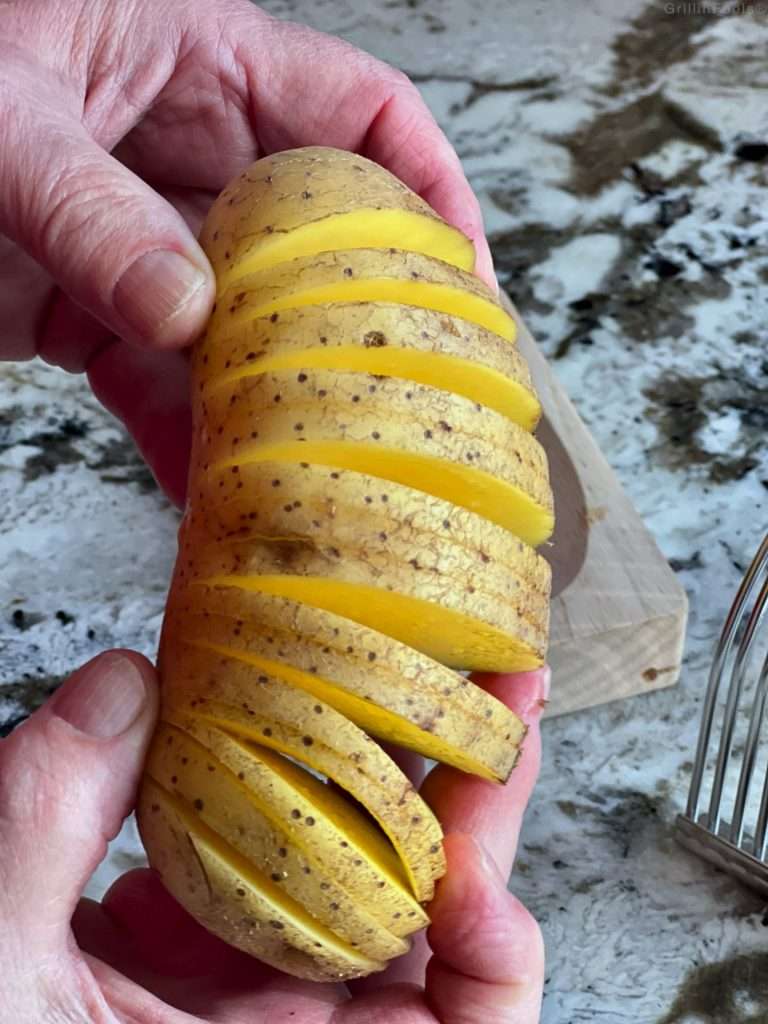 Back to the recipe.

Next up, place the potato in a nest of Reynolds Wrap, Heavy Duty, Non Stick, Aluminum Foil (non stick side up as we are going to be dealing with cheese later). Then slide a sliver of garlic into every other slice in the potato. Do the same with the shallots in the remaining open slices. The Reynolds Wrap will also catch anything that might slide out or if you sliced the garlic and onion too thick and break the potato in half: 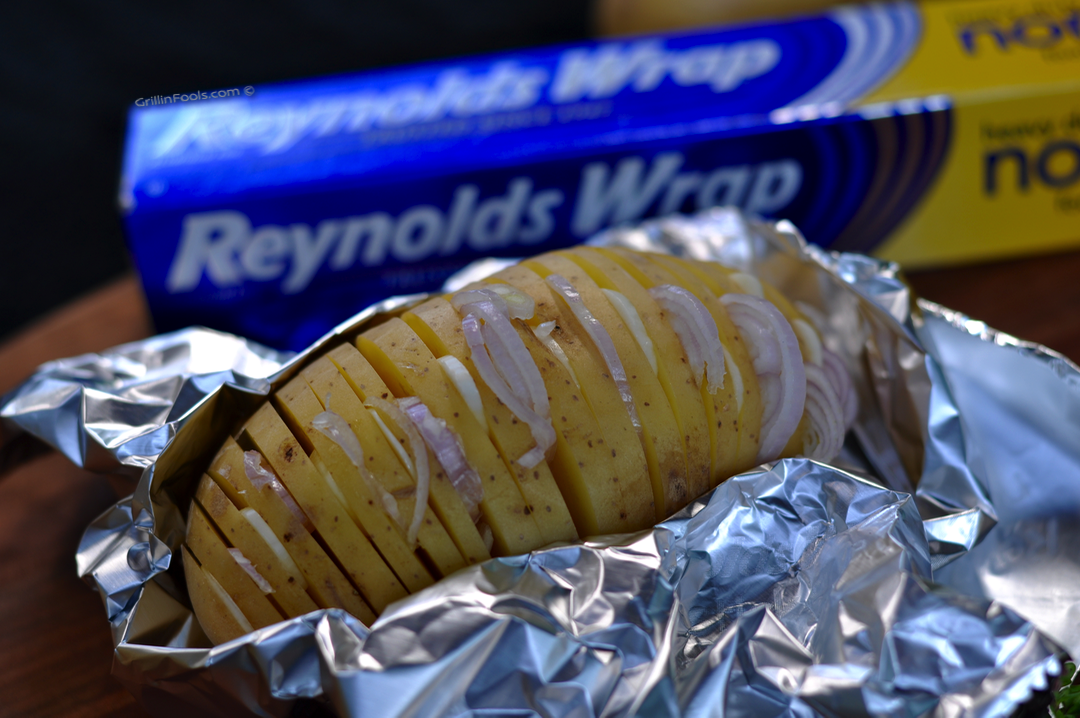 Hit the Hasselback Potatoes with salt and pepper and the herbs then a couple pats of butter per tater: 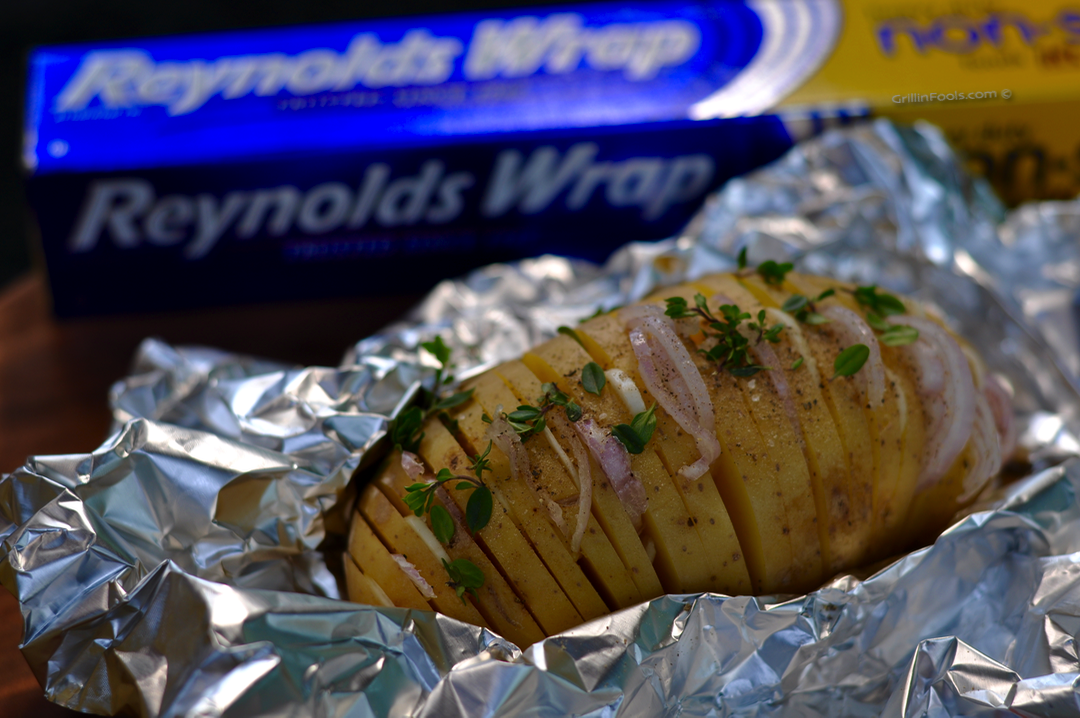 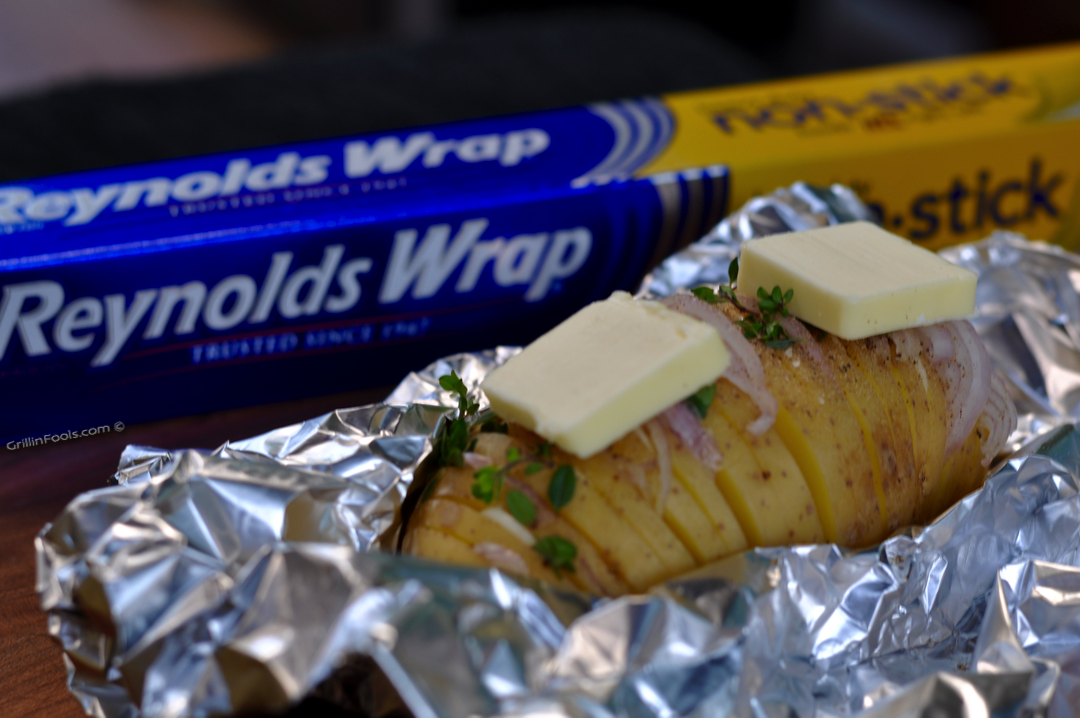 Now roll up the non stick aluminum foil over the top to seal the potatoes inside and place them on the grill: 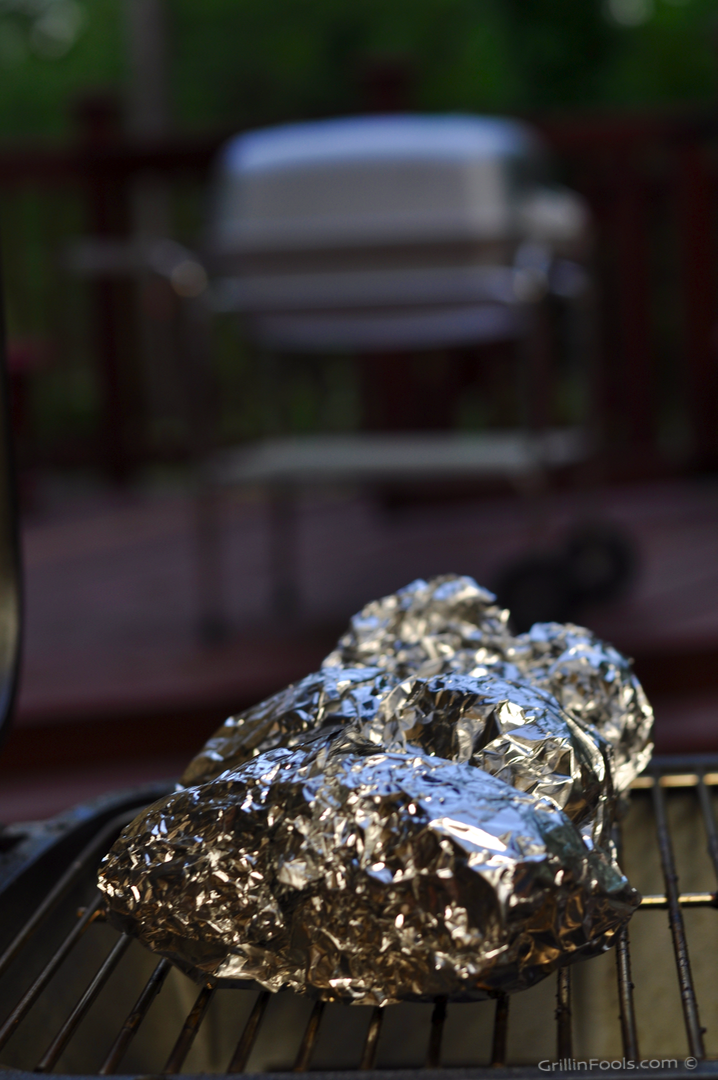 Target temperature inside the grill is about 300 degrees. For this cook, I put coals on one side and none on the other and placed the potatoes on the side with no coals for about 90 minutes. Then I very carefully opened the foil pouches on top so I didn’t burn my fingers: 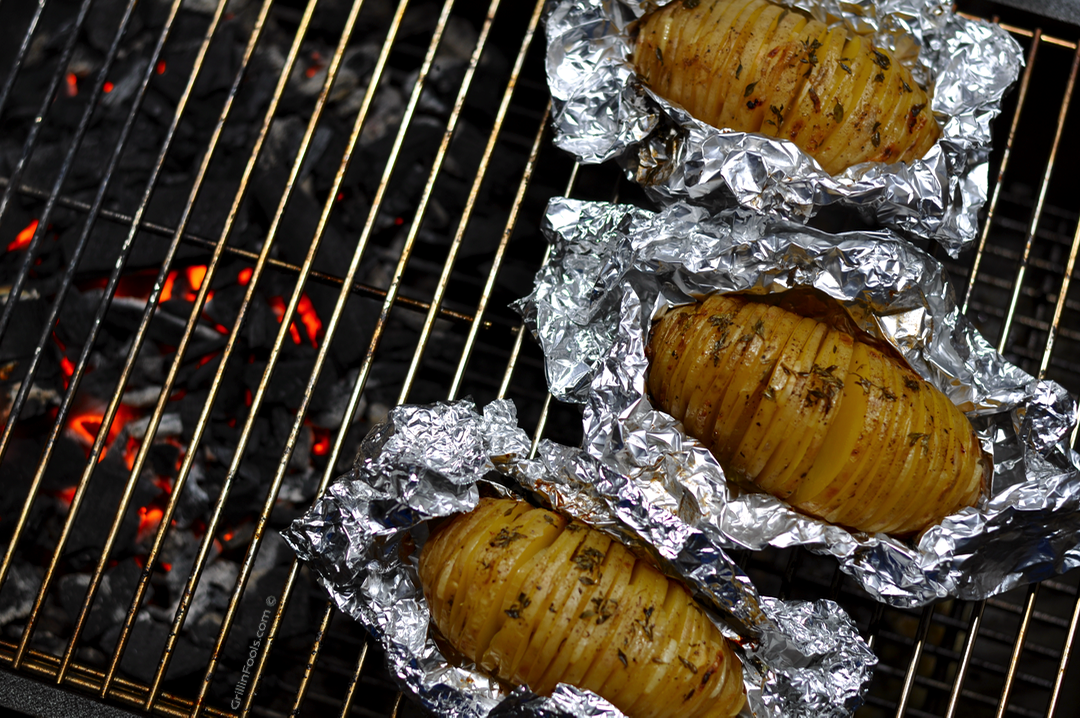 Next I added the grated cheese to the grilled Hasselback Potatoes: 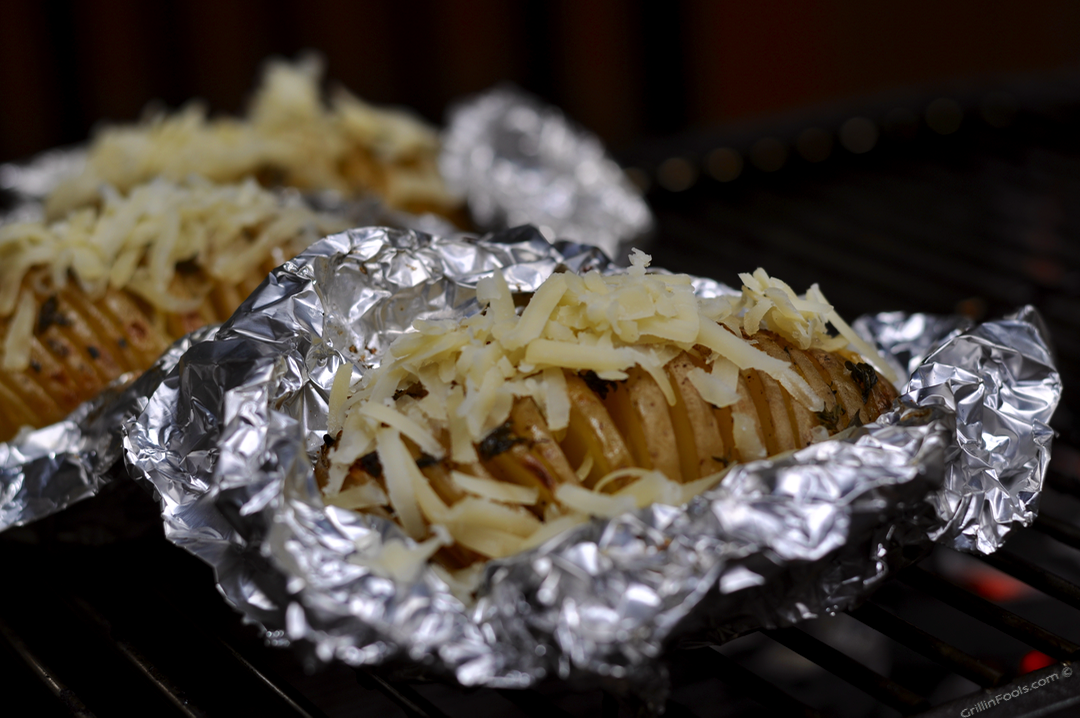 Since the pouch is open exposing the potatoes to the air, time for some added flavor. I put in a couple small chunks of smoke wood: 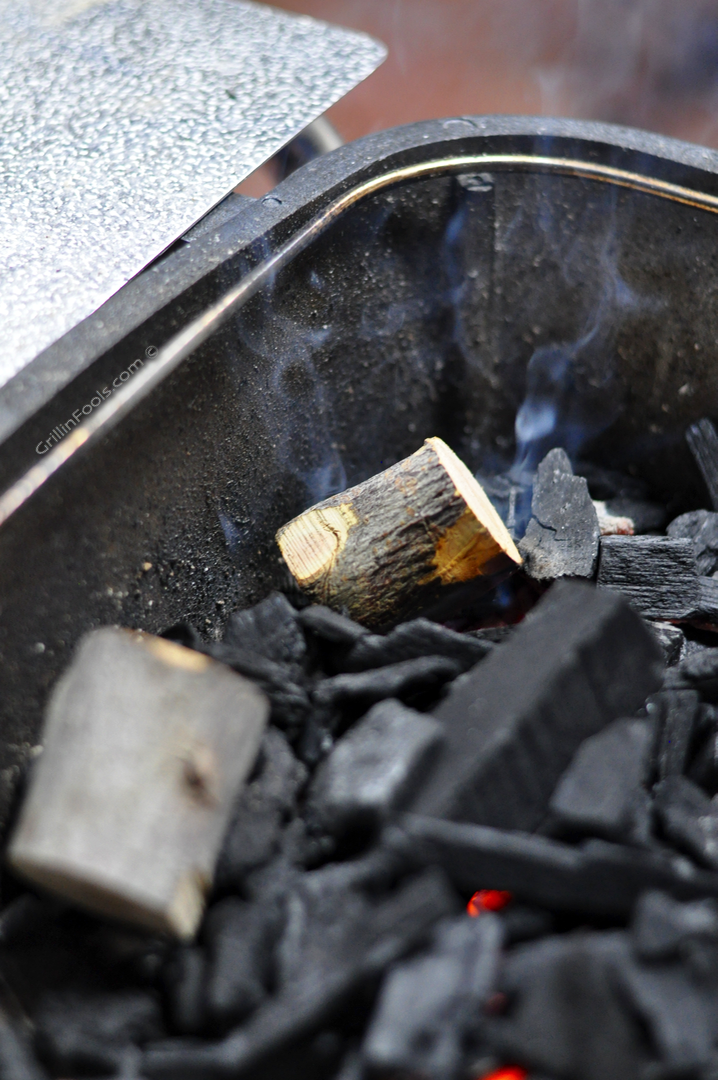 I closed the lid for about 10 minutes to melt the cheese and get the smoke flavor into my taters. I wouldn’t recommend going much beyond that as the potatoes soak up the smoke like a sponge. When the cheese is melted, add some chopped chives and plate with your main course: 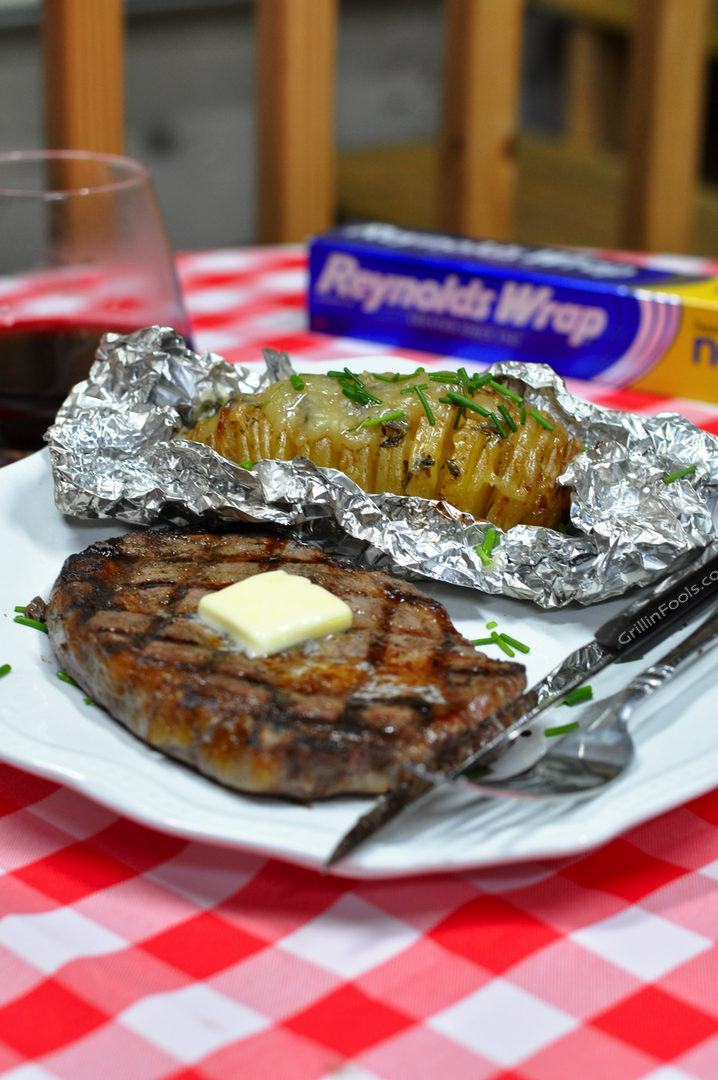 The garlic, shallots and herbs really bloom throughout the entire potato. The cheese and smokiness are an added bonus to this iconic dish. I left the potatoes in the foil on the plate making for easier clean up.

Full disclosure, Reynolds Wrap compensated me to use their product in this post. 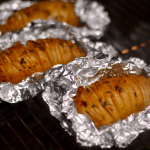 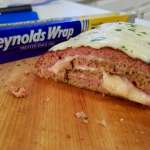 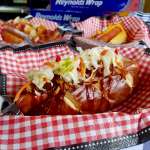 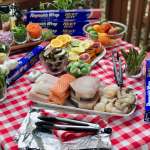 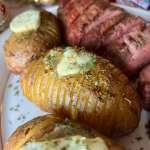 Can I use a stove top grill for this recipe? Fell in love with grilling vegetables this year and I’ve been grilling everything since :p.

I’ve done a similar style in the oven. Same as above, hold the foil and use a baking dish at 425 for 30 min, brush with butter/herbs and back in for another 30 minutes. Fan freaking tastic.