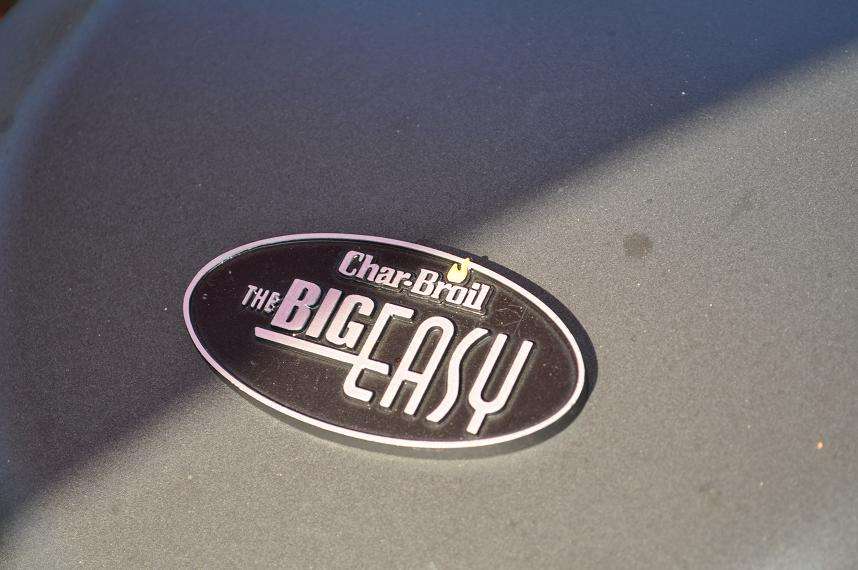 That’s right.  Deep fried turkey with no oil.  Every year, houses all over the country burn down thanks to someone deep frying a turkey in a vat of oil on top of what can only be described as a jet engine.  The turkey is delicious which makes it worth the risk for thousands.  But with an infrared grill I can achieve the same results without the oil so not only is it moist and delicious, it’s healthier.

This is one of those posts where I will admit to some mistakes so hopefully you won’t repeat them.  We’re not the Grillin Perfectos.  We’re the Grillin Fools.  We make mistakes so you don’t have to.

This post is carved out of a review I did for the Char-Broil Big Easy Smoker, Roaster, Grill that Char-Broil sent to me to review the summer of 2010.  With Thanksgiving right around the corner, I felt it deserved its own post.

First off you will need an infrared grill. Char-Broil makes two varieties and can be purchased for as low as $100.  Next you will need to prep the turkey, and by prep I mean brine.  I implore you to brine all fowl.  Do a side by side by brining one chicken and not brining the other and you will never skip over brining again.

For this I had a nine pound turkey.  I combined the brine ingredients in 15 quart pot until the salt and sugar  dissolved.  I dropped the turkey in the solution and into the fridge overnight.  If I only have a couple hours to brine, I up the salt:water ration to 1.5 cup of salt:gallon of fluid to accelerate the process.

The next day I cranked up the Big Easy to high, rinsed off the bird, trussed it up so the legs and wings were tight against the body and gave it a good coating of granulate garlic.  Into the basket, breast side up, and into the cooking chamber: 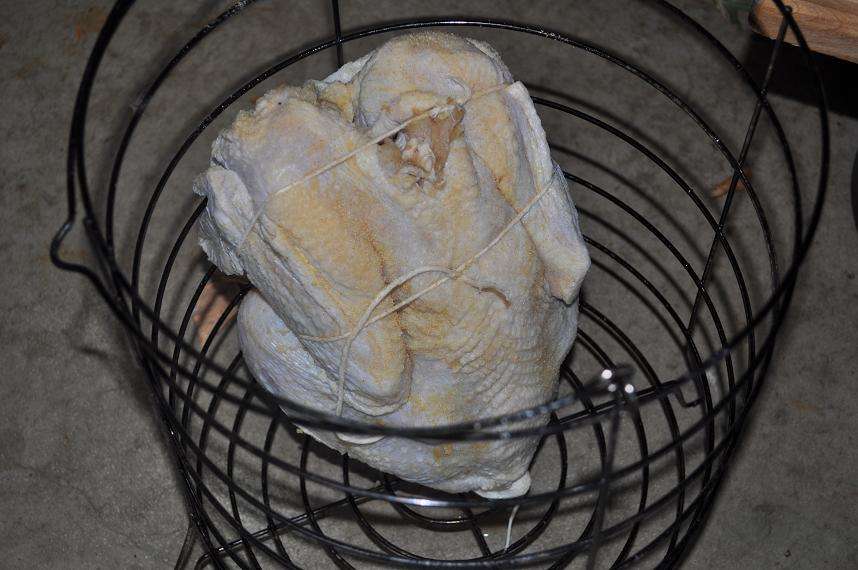 The cooking instructions are simple – 10 minutes per pound.  I put the lid down for the first 30 minutes as I had heard that the skin will be crispier and browner that way.  After 90 minutes I pulled the bird: 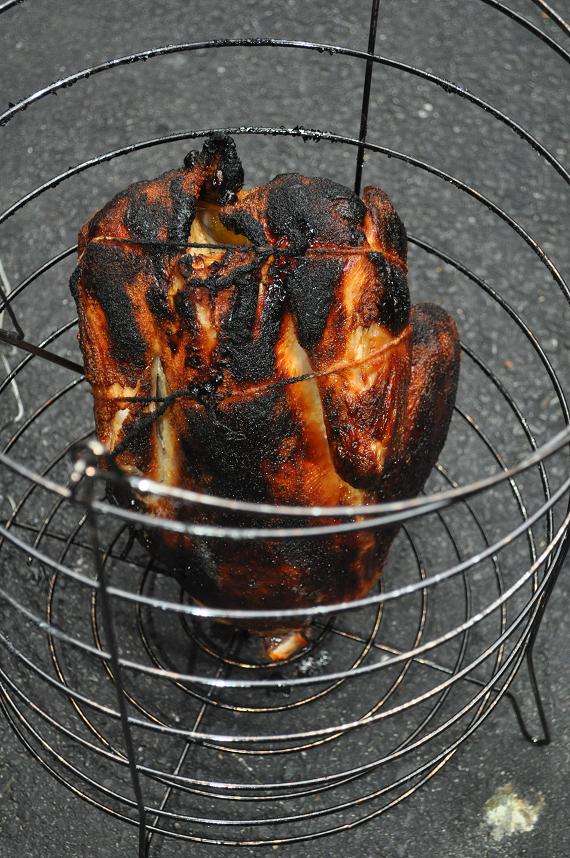 Uh oh.  That looks a little black.  Maybe having the lid closed for 30 minutes was a bad idea. I was wondering if White Castle was still open as I had ten people counting on me to feed them.  I wasn’t feeling like the master griller that day.

I took the bird inside and let it rest so the internal juices can calm down and not leak out all over the cutting board the second I slice into it: 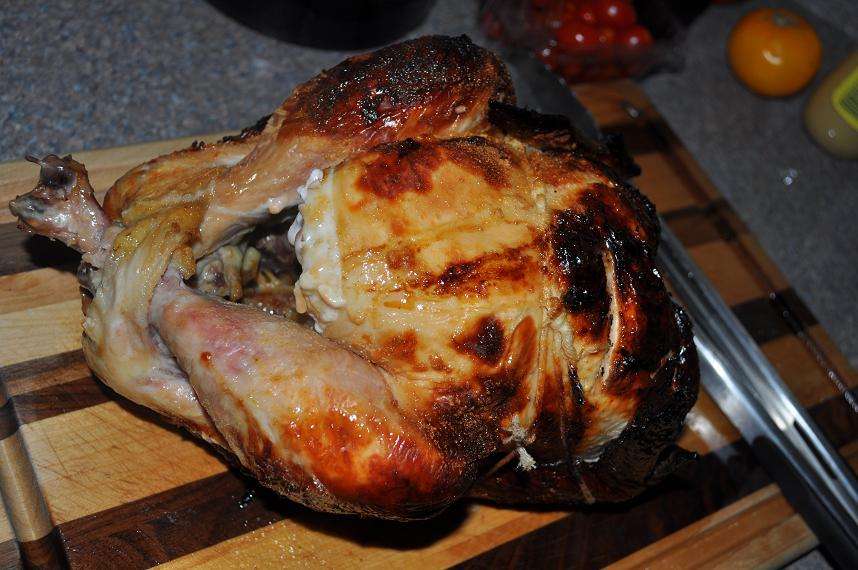 After 20 minutes I carved it and served the bird: 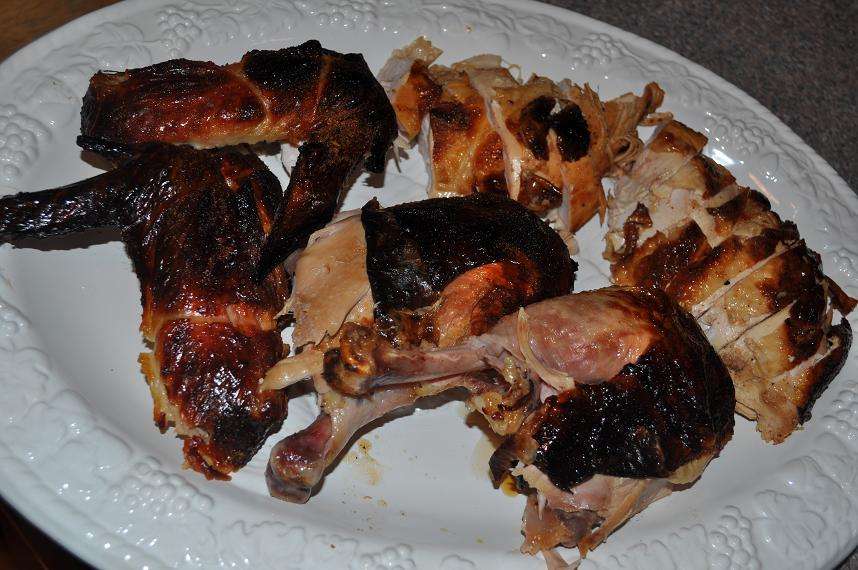 I got nothing but raves about the turkey.  It was absolutely delicious.  The skin was blackened but not at all burnt and was, in fact, the best part.

Now to the mea culpa:

I was told not to use any sugars when preparing the turkey as the high temps of the Big Easy will blacken them.  I didn’t use any in the rub but used quite a lot on the brine.  This is a no-no with infrared.  Salt, water, garlic, onion, black pepper is all the brine needs.  Cinnamon is okay too, but that’s about it.  Stay away from soda or fruits as the sugars will leach into the skin and turn black.  It will still taste great, but the presentation is a little lacking.

One other note, do not use any sort of liquid marinades on the bird when it is cooking.  You can marinade it, but rinse all of it off and pat it dry before putting it in the Big Easy. Something about the liquid throws off the infrared. I have no idea how, but I have not had good results with wet marinades on chicken. It takes a little getting used to, but once you get it down, the results are nothing short of remarkable.

If you have any questions about oil-less turkey frying, the Big Easy, or cooking turkey in general, feel free to leave a comment below or shoot me an email. 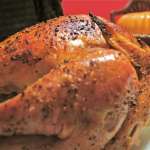 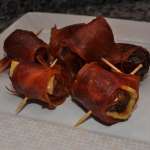 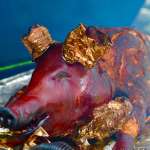 I have a Big Easy and it’s great. Just a tip for you when cooking, it wasn’t your brine that was the problem making it looked burnt, it was you putting the lid on first thing. Cook your bird 10 mins. per pound then the last 30-40 minutes put the lid on and it will crisp it right up without burning. I know from experience unfortunately. As long as your rub doesn’t have sugar in it, your brine won’t surface until the end of cooking preventing the Blackbird syndrome.